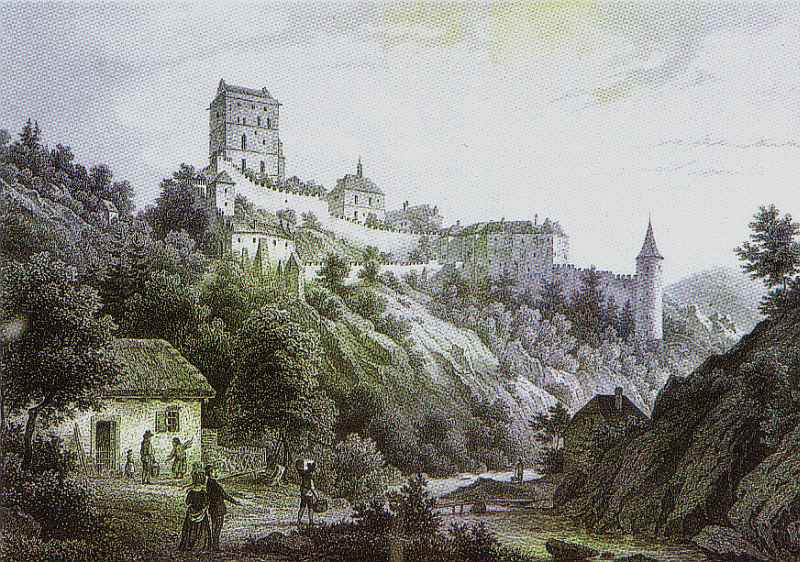 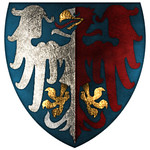 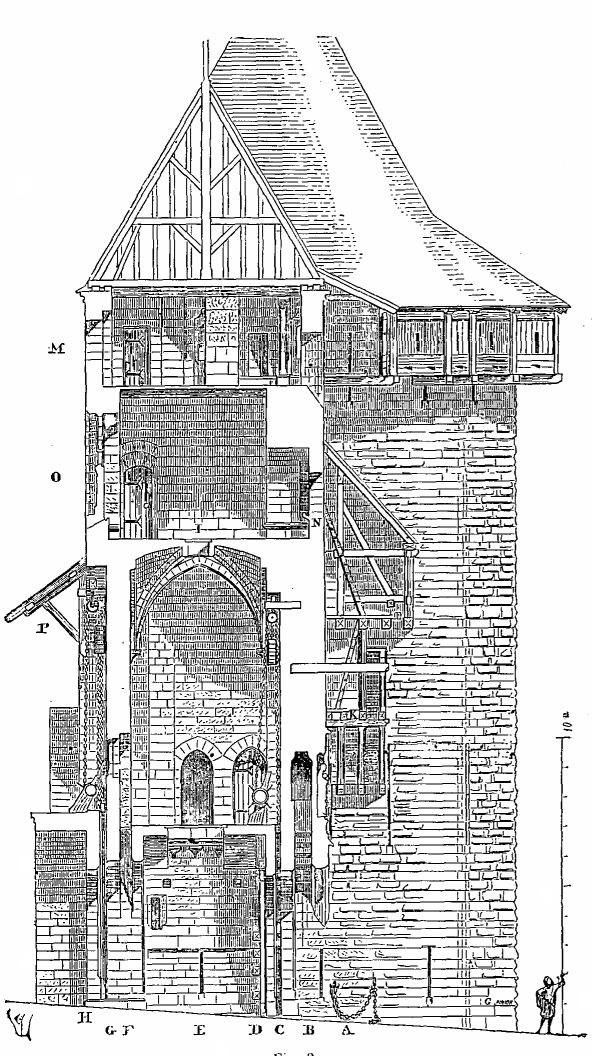 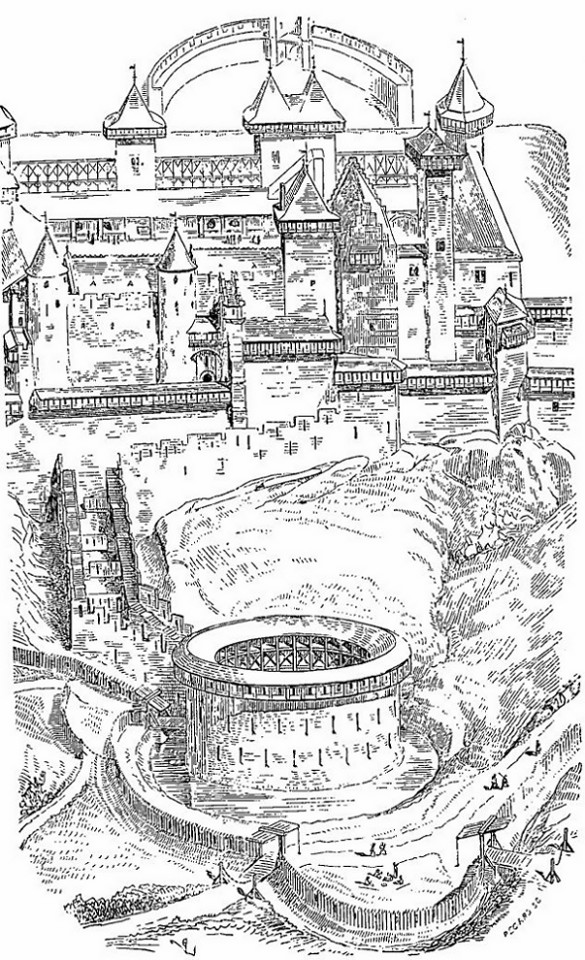 chematic View of a 14th Century Castle. Such a castle was characterized by height and verticality. (1) Ditch (possibly filled with water) creating an inaccessible zone around the fortress. (2) Gatehouse with portcullis (a large iron or wooden grating used to block the passage when released vertically) and drawbridge (provided with a raising-and-lowering mechanism to hinder or enable passage). (3) Tower, projecting combat emplacement also used as lodging and storage place. (4) Wall, also called “curtain.” (5) Wallwalk protected by a crenelated breastwork on top of the wall. (6) Hoarding, also called “brattice”, a wooden balcony fitted with apertures through which the defenders could throw down missiles on enemies. (7) Postern, or sallyport, a secondary access. (8) Pepperpot turret, a small watchtower or lookout post. (9) Bailey, the open courtyard with chapel, well, stables, and other lodging and service buildings. (10) Dungeon, or keep, the most powerful tower of the castle and the dwelling place of the lord.
Za otce Nezabuda!
Nahoru 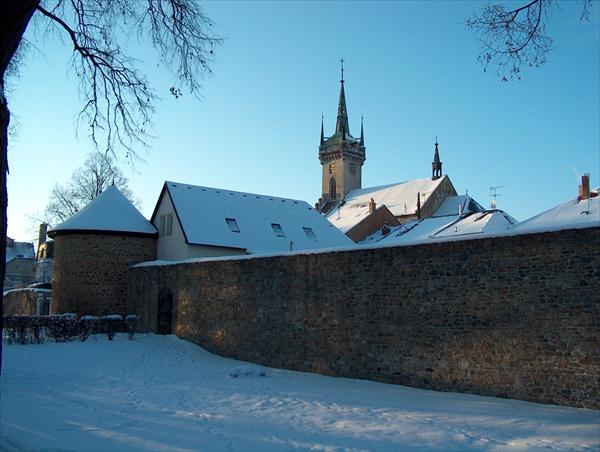